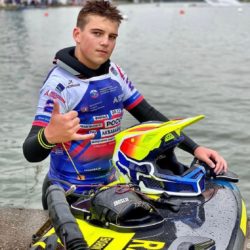 The Picture of Dorian Gray by Oscar Wilde

At nine o’clock the next morning his servant came in with a cup of chocolate on a tray, and opened the shutters.

Dorian was sleeping quite peacefully, lying on his right side, with one hand underneath his cheek. He looked like a boy who had been tired out with play, or study.

The man had to touch him twice on the shoulder before he woke, and as he opened his eyes a faint smile passed across his lips, as though he had been lost in some delightful dream.

Yet he had not dreamed at all. His night had been untroubled by any images of pleasure or of pain. But youth smiles without any reason. It is one of its chiefest charms.

He turned round, and, leaning upon his elbow, began to sip his chocolate.

The mellow November sun came streaming into the room. The sky was bright, and there was a genial warmth in the air. It was almost like a morning in May.

Gradually the events of the preceding night crept with silent blood-stained feet into his brain, and reconstructed themselves there with terrible distinctness. He winced at the memory of all that he had suffered, and for a moment the same curious feeling of loathing for Basil Hallward that had made him kill him as he sat in the chair, came back to him, and he grew cold with passion.

The dead man was still sitting there, too, and in the sunlight now. How horrible that was! Such hideous things were for the darkness, not for the day.

He felt that if he brooded on what he had gone through he would sicken or grow mad.

There were sins whose fascination was more in the memory than in the doing of them; strange triumphs that gratified the pride more than the passions, and gave to the intellect a quickened sense of joy, greater than any joy they brought, or could ever bring, to the senses.

But this was not one of them.

It was a thing to be driven out of the mind, to be drugged with poppies, to be strangled lest it might strangle one itself.

When the half-hour struck, he passed his hand across his forehead, and then got up hastily, and dressed himself with even more than his usual care, giving a good deal of attention to the choice of his necktie and scarf-pin, and changing his rings more than once.

He spent a long time also over breakfast, tasting the various dishes, talking to his valet about some new liveries that he was thinking of getting made for the servants at Selby, and going through his correspondence. At some of the letters he smiled. Three of them bored him. One he read several times over, and then tore up with a slight look of annoyance in his face.

«That awful thing, a woman’s memory!» as Lord Henry had once said.

After he had drunk his cup of black coffee, he wiped his lips slowly with a napkin, motioned to his servant to wait, and going over to the table sat down and wrote two letters.

One he put in his pocket, the other he handed to the valet.

«Take this round to 152, Hertford Street, Francis, and if Mr. Campbell is out of town, get his address.»

As soon as he was alone, he lit a cigarette, and began sketching upon a piece of paper, drawing first flowers, and bits of architecture, and then human faces. Suddenly he remarked that every face that he drew seemed to have a fantastic likeness to Basil Hallward.

He frowned, and, getting up, went over to the bookcase and took out a volume at hazard. He was determined that he would not think about what had happened until it became absolutely necessary that he should do so.

When he had stretched himself on the sofa, he looked at the title-page of the book.