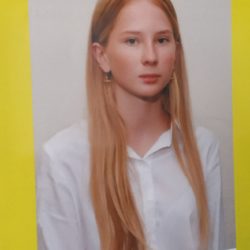 excerpt from the third chapter of Jerome K. Jerome's humorous novel "Three Men in a Boat,"

SO, on the following evening, we again assembled, to discuss and arrange our plans.

«Now, the first thing to settle is what to take with us. Now, you get a bit of paper

and write down, J., and you get the grocery catalogue, George, and somebody give

me a bit of pencil, and then I’ll make out a list.»

That’s Harris all over — so ready to take the burden of everything himself, and

put it on the backs of other people.

He always reminds me of my poor Uncle Podger. You never saw such a commo-

tion up and down a house, in all your life, as when my Uncle Podger undertook to do a job. A picture would have come home from the frame- maker’s, and be standing in the dining-room, waiting to be put up; and Aunt Podger would ask what was to be done with it, and Uncle Podger would say:

«Oh, you leave that to ME. Don’t you, any of you, worry yourselves about that.

And then he would take off his coat, and begin. He would send the girl out for

sixpen’orth of nails, and then one of the boys after her to tell her what size to get;

and, from that, he would gradually work down, and start the whole house.

«Now you go and get me my hammer, Will,» he would shout; «and you bring me

the rule, Tom; and I shall want the step-ladder, and I had better have a kitchen-chair, too; and, Jim! you run round to Mr. Goggles, and tell him, `Pa’s kind regards, and hopes his leg’s better; and will he lend him his spirit-level?’ And don’t you go, Maria, because I shall want somebody to hold me the light; and when the girl comes back, she must go out again for a bit of picture-cord; and Tom! — where’s Tom? — Tom, you come here; I shall want you to hand me up the picture.»

And then he would lift up the picture, and drop it, and it would come out of the

«Doesn’t anybody in the whole house know where my coat is? I never came

find a coat that I put down not five minutes ago! Well, of all the — «

Then he’d get up, and find that he had been sitting on it, and would call out:

«Oh, you can give it up! I’ve found it myself now. Might just as well ask the cat

to find anything as expect you people to find it.»

And, when half an hour had been spent in tying up his finger, and a new glass

brought, he would have another go, the whole family, including the girl and the

charwoman, standing round in a semi-circle, ready to help. Two people would have

to hold the chair, and a third would help him up on it, and hold him there, and a

fourth would hand him a nail, and a fifth would pass him up the hammer, and he

would take hold of the nail, and drop it.

And we would all have to go down on our knees and grovel for it, while he would

stand on the chair, and grunt, and want to know if he was to be kept there all the

The nail would be found at last, but by that time he would have lost the hammer.

of you, gaping round there, and you don’t know what I did with the hammer!»

We would find the hammer for him, and then he would have lost sight of the

mark he had made on the wall, where the nail was to go in, and each of us had to get up on the chair, beside him, and see if we could find it; and we would each discover it in a different place, and he would call us all fools, one after another, and tell us to get down. And he would take the rule, and re-measure, and find that he wanted half thirty-one and three-eighths inches from the corner, and would try to do it in his head, and go mad.

And we would all try to do it in our heads, and all arrive at different results,

and sneer at one another. And in the general row, the original number would be

forgotten, and Uncle Podger would have to measure it again.

He would use a bit of string this time, and at the critical moment, when the old

fool was leaning over the chair at an angle of forty-five, and trying to reach a point

three inches beyond what was possible for him to reach, the string would slip, and

down he would slide on to the piano, a really fine musical effect being produced by

the suddenness with which his head and body struck all the notes at the same time.

and hear such language.

At last, Uncle Podger would get the spot fixed again, and put the point of the nail

on it with his left hand, and take the hammer in his right hand. And, with the first

blow, he would smash his thumb, and drop the hammer, with a yell, on somebody’s

Aunt Maria would mildly observe that, next time Uncle Podger was going to

hammer a nail into the wall, she hoped he’d let her know in time, so that she could

make arrangements to go and spend a week with her mother while it was being done.

«Oh! you women, you make such a fuss over everything,» Uncle Podger would

reply, picking himself up. «Why, I LIKE doing a little job of this sort.»

And then he would have another try, and, at the second blow, the nail would

go clean through the plaster, and half the hammer after it, and Uncle Podger be

precipitated against the wall with force nearly sufficient to flatten his nose.

Then we had to find the rule and the string again, and a new hole was made; and,

about midnight, the picture would be up — very crooked and insecure, the wall for yards round looking as if it had been smoothed down with a rake, and everybody

«There you are,» he would say, stepping heavily off the chair on to the charwo-

man’s corns, and surveying the mess he had made with evident pride. «Why, some

people would have had a man in to do a little thing like that!»